The first step in securing your system is configuring a firewall. To set up and manage your firewall, Linux has designed iptables, a flexible firewall utility.

Users who are new to network security may find iptables a bit intimidating. That’s why we recommend starting with UFW. UFW (Uncomplicated Firewall) is a user-friendly interface implemented on top of iptables. It provides a simple way to configure a firewall.

In this tutorial, you will learn how to set up firewall protection of your Ubuntu 18.04 system with UFW. 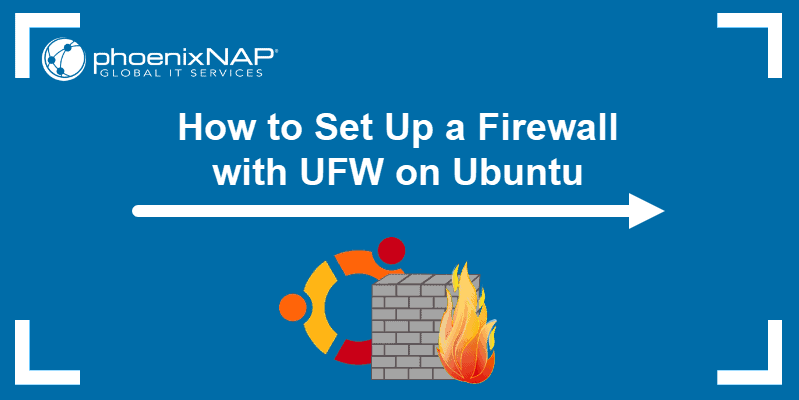 Set Up UFW from Command Line

In the unlikely case you do not have UFW, run the following command to install it:

If the system has both IPv4 and IPv6, you need to modify the UFW configuration file to support both protocols.
Open the file using Nano or any other text editor: 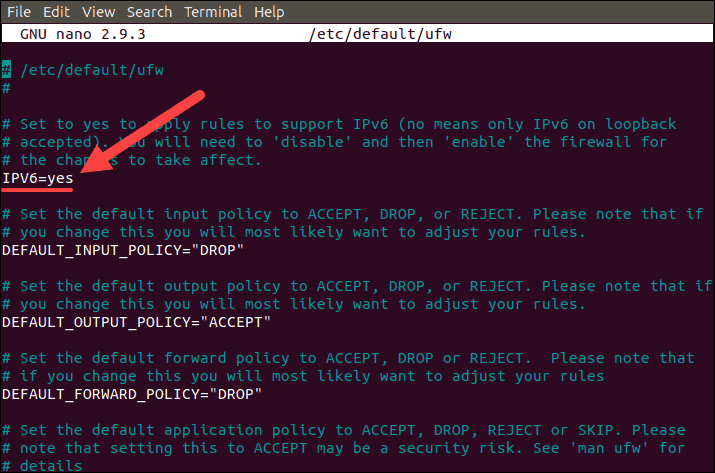 The IPv6 value should be set to yes.

Save and close the file.

These rules work fine for personal computers which do not need to respond to incoming requests.

If you want to return to the default settings, run the following commands:

After you have configured the firewall to allow SSH connections, you can enable it with:

The output will inform you that existing SSH connections could be disrupted by enabling the firewall. Confirm you want to proceed by typing y and hitting Enter.

The output should inform you that the firewall is now active, as in the image below:

To check UFW status and then set rules run the command:

You will see its status, the default settings, and which ports are open for connection as in the image below.

You can add more rules to further define the extent of communication the server has.

Specify which connections are allowed and which are denied.

Allow Incoming Connections on Other Ports

Depending on what you use the server for, you may need to open some other ports to allow specific incoming connections. Create additional UWF rules to add these connections to your firewall configuration.

Set your server to listen to HTTP (on port 80) by typing:

To enable HTTPS connections, use one of the following two commands:

You might be using the server as a remote machine to which you want complete access from your home system. To set a rule that allows access to all ports from a specific IP address, run:

To allow access from a particular machine to a specific port run the command:

To allow access to a range of ports, specify the range values and the type of protocol (TCP or UDP). For instance, the following command will allow connections from ports 2000 to 2004 for TCP and UDP:

Deny Incoming Connections on Other Ports

To create a deny rule to forbid connection from a specific IP address run the command:

You can also deny access to particular ports by typing:

If you want to delete a rule you no longer need, there are two ways to do so.

One option is to display a list of all the rules and find the assigned number of the rule. First, run the command:

As in the image above, the output will list the rules you have defined so far. Each rule has a number according to the order in which it was set.

To delete a rule, use the following syntax with the appropriate rule number:

An alternative way to delete a rule is to specify it word for word (as you added it):

For example, to remove a rule that allows connection to port 2000, use the command:

Each package installed with the apt command has an application profile in the /etc/ufw/applications.d directory. The profile provides information about the software and its UFW settings.

To see a list of all application profiles use the command:

See more information about a specific package (along with open ports) by typing:

In the example below, there is only one application profile – CUPS. The app info option shows you that the package opens port 631.

Set Up UFW Via GUI

If you prefer managing your UFW firewall over a graphical user interface, you can install GUFW.

This can be done by running a few commands in the terminal or by using the systems software center.

1. To set up GUFW, you first need to enable the University Repository. To do so, type in the following command in the terminal:

2. Then, update the repository:

3. With everything set, you can install GUFW by running the following command:

For users who want to stay away from the terminal completely, another option to install GUFW is downloading it from the Software Center.

1. Open the Software Center and type GUFW in the search bar.

2. The search results will display the Firewall Configuration package. Select the icon and click Install.

Open and Get Started with GUFW

To open the Firewall Configuration, use the search bar on your Ubuntu system and type in GUFW.

Click on the icon that appears as in the image below. 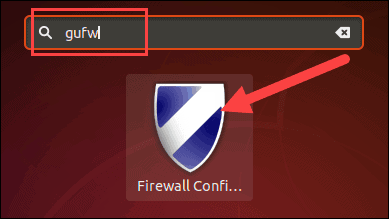 This launches the Firewall window. In it, you will notice a menu with different parameters you can set according to your needs. 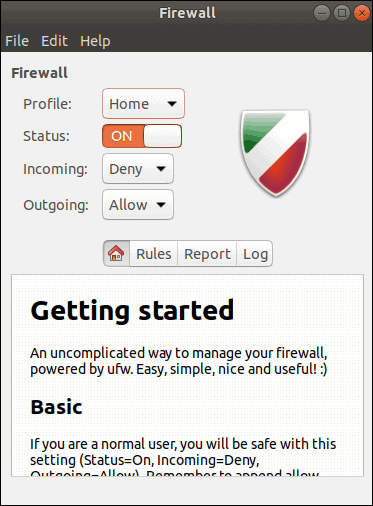 As the instructions imply, if you are a normal user the Basic configuration should suffice your needs. This includes:

If you want to add rules and label them for future use, click Rules and then the plus sign (+). 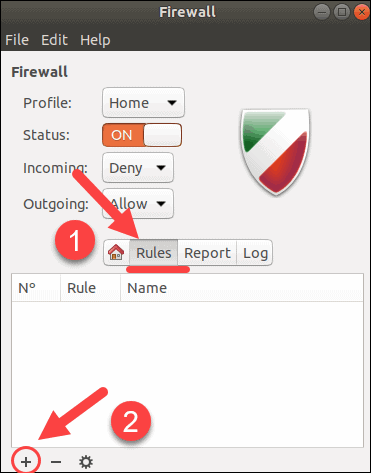 A pop-up window Add a Firewall Rule will appear. Configure the new rule and click Add.

By following the instructions in our guide, using UFW to set up a firewall should be simple. Ensuring stable firewall protection is the least you can do to protect your server.

Once you have that in place, move on to learning more about server protection by checking out our list of 21 Server Security Tips.

Sofija Simic
Sofija Simic is an aspiring Technical Writer at phoenixNAP. Alongside her educational background in teaching and writing, she has had a lifelong passion for information technology. She is committed to unscrambling confusing IT concepts and streamlining intricate software installations.
Next you should read
Networking Security
Iptables Tutorial: Ultimate Guide to Linux Firewall
Learn how to use iptables commands and see how iptables works. By following the instructions listed in this...
Read more
Security SysAdmin
5 Linux SSH Security Best Practices to Secure Your Systems
The article covers the 5 most common and efficient ways to secure an SSH connection. The listed solutions go...
Read more
Security SysAdmin
19 Common SSH Commands in Linux With Examples
Secure Shell is an important protocol for anyone managing and controlling remote machines. This guide covers...
Read more
Security SysAdmin
How to Generate SSH Keys on Ubuntu 18.04
Establishing a connection with a remote server without taking the proper security measures can lead to severe...
Read more
© 2021 Copyright phoenixNAP | Global IT Services. All Rights Reserved.