CentOS 6 EOL is just around the corner, with its due date scheduled for November 30th, 2020. If you have servers running on CentOS 6 systems, make sure to prepare for this occasion.

Learn what to expect after November and how to deal with the transition. 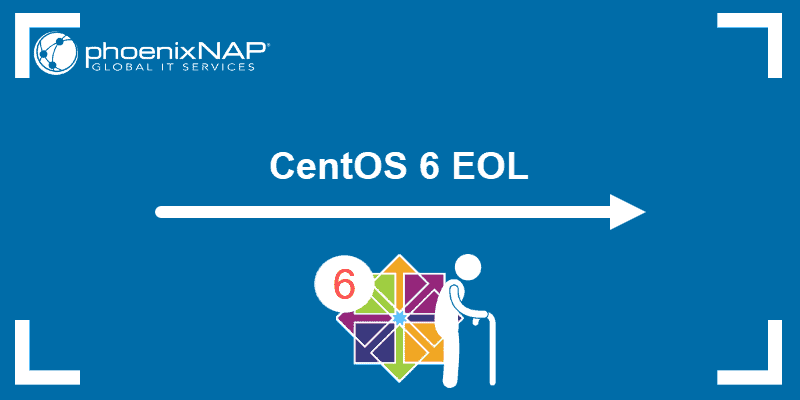 At some point, every Linux release becomes EOL, that is, it reaches its end of life.

Although CentOS releases have exceptionally long life cycles, version 6 reaches its own by the end of November 2020. In comparison, CentOS 7 will be supported until June 2024. Surprisingly, the CentOS 8 life-cycle has been cut short and its EOL has been scheduled for December 2021.

Becoming EOL means it will no longer be supported by the Linux community with security patches, vulnerabilities, or bug fixes. Therefore, continuing to use CentOS 6 after November could pose a significant security risk. That is why it is advisable never to use EOL operating systems.

If you are using CentOS 6 on any of your machines, you have a couple of options available going forward.

An alternative to upgrading to CentOS 7 is migrating to a new system with a freshly installed supported release. Doing so allows you to configure the server to a more recent CentOS version and safely migrate data.

To install a fresh operating system and then do a data migration, refer to How to Install CentOS 7.

The easiest and least costly option is upgrading from CentOS 6 to CentOS 7 from the existing release. However, this solution is not recommended for production servers and it may involve using unofficial custom scripts.

If you do decide to upgrade CentOS, make sure you have a reliable backup as there is always a possibility of data loss with such a transition.

Note: Want to learn more about different types of backups? Take a look at a detailed comparison between Full Vs Incremental Vs Differential Backup.

If switching to a newer CentOS release isn’t an option, you can continue using the EOL version with self-managed support. Without the support of the Linux community, you (or a hired team of experts) will need to take over managing potential security threats and to fix any known bugs.

Generally, the recommended option is doing a clean install and migrating workloads to the new OS. Still, whatever you choose, make sure to switch to a supported version before CentOS 6 becomes EOL.

Sofija Simic
Sofija Simic is an aspiring Technical Writer at phoenixNAP. Alongside her educational background in teaching and writing, she has had a lifelong passion for information technology. She is committed to unscrambling confusing IT concepts and streamlining intricate software installations.
Next you should read
Backup and Recovery Networking Web Servers
The Difference Between Backup vs Replication
This article briefly explains the concepts behind backup and replication. A clear-cut table provides an...
Read more
SysAdmin Web Servers
How to Upgrade Linux Kernel in CentOS 7
The Linux kernel is the underlying software architecture of each Linux distribution. It provides and defines...
Read more
SysAdmin Web Servers
How To Upgrade or Update CentOS 7.0-7.5 to CentOS 7.6
CentOS 7.6 is a minor update and was published in December 2018. It includes various minor updates and...
Read more
SysAdmin Web Servers
How to Update Linux Kernel In Ubuntu
The Linux kernel is like the central core of the operating system. It works as sort of a mediator, providing...
Read more
© 2021 Copyright phoenixNAP | Global IT Services. All Rights Reserved.